Create a wireless multi-camera live production studio using iPads, affordable lights and microphones, iOgrapher cases, and downloadable apps.
The post How to Shoot Professional Video with an iPad and an iOgrapher appeared first on Onlinevideo.net – On…

A tabletop device from Brookstone lets anyone turn their iPad into a video studio. Use it with the free teleprompter app to create more natural clips.
The post Does Brookstone Hold the Secret to Great Online Video Recordings? appeared first on Onlinev…

Continue reading
Shoot Video on the Go with the Padcaster 2.0

The iPad-helper gets needed improvements with the second version. Plus, an iPad Mini Padcaster is in the works.The post Shoot Video on the Go with the Padcaster 2.0 appeared first on Onlinevideo.net – Online Video Strategies, Platforms, News, and Tips.

Continue reading
How to Shoot Great Video with an Apple iPhone

Who needs a video camera? Read this to learn the techniques and apps that let you create stunning pro video from your mobile phone.The post How to Shoot Great Video with an Apple iPhone appeared first on Onlinevideo.net – Online Video Strategies, Platf…

Your next camera operator is a compact robot. The Swivl follows your movements, and now works with iPads and DSLRs.The post Swivl’s Second Version Heads to Kickstarter for Funding appeared first on Onlinevideo.net – Online Video Strategies, Platf…

With the help of the right stabilizers, microphones, and other add-ons, your favorite Apple device can turn out high-quality video good enough for professional use.The post Discover the Essential Accessories for iPad and iPhone Video appeared first on …

Continue reading
Get Your Shopping Site Tablet-Ready for the Holidays

Tablet owners are big video-viewers and big spenders. Here are tips for getting your site prepared for tablet-owning crowds of shoppers.

Continue reading
Tablets Are Taking Over: Here’s What You Need to Know

Tablet viewers watch a lot of video on their devices, both for entertainment and in making purchases. Those views often lead to sales.

Just because you’re shooting video on a smartphone doesn’t mean you want your video to look like it came from a smartphone.

The Apple iPad would be a great video camera if it wasn’t so hard to hold. Here comes the Padcaster to the rescue.

Continue reading
What the Apple WWDC Announcements Mean to You

Making polished videos no longer requires a computer, or even a separate camera.

Continue reading
Encoding for iOS Devices: What You Need to Know

Streaming to mobile devices means converting your videos for Apple’s mobile requirements. Here are the essentials to make it happen.

Warning: array_key_exists() [function.array-key-exists]: The first argument should be either a string or an integer in /home/content/81/7127781/html/g87/wp-includes/cache.php on line 618 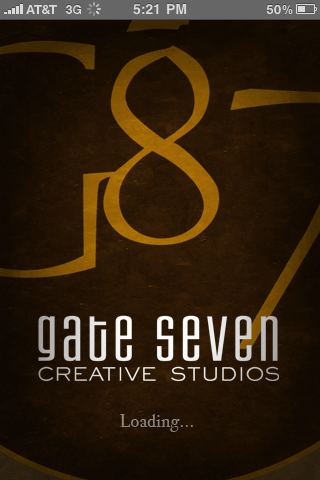 Gate Seven Creative Studios website is now optimized for Mobil devices including; iPhone & iPod touch, Android Devices (default browser), Palm Pre/Pixi, and BlackBerry Storm (default browser). In addition if you’re browsing on an iPhone or iPod touch and bookmark our website to your homescreen, the website will act like an application and not show in […]

Continue reading
Client Log In
Send us a file